I’ve recently been to Bangalore Airport in a transit with 3hr layover and i was surprised to spot a new lounge in the Airport’s Arrival Hall. Its the lounge by iconic GVK which maintains mind blowing airports like Mumbai T2 Terminal, etc and not to mention, the interiors were just awesome. 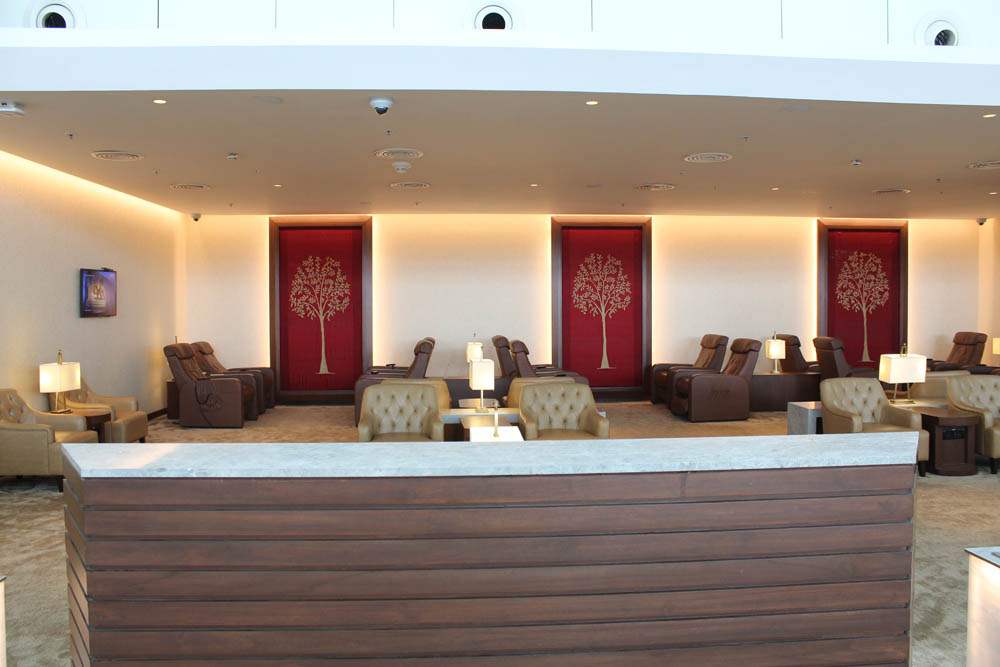 It seems the lounge is opened recently and is allowed only for Transit travelers and not for others. This means, you might need to provide both your past/upcoming flight details to get access to the lounge.

Sadly they don’t accept any cards for time being and the receptionist said they’re working on it. However, i don’t think GVK wants to allow access to card members as like Mumbai T2 lounge (which is only for business/first class travelers). For now, this transit lounge is Pay-in use only for time being and may change in future. 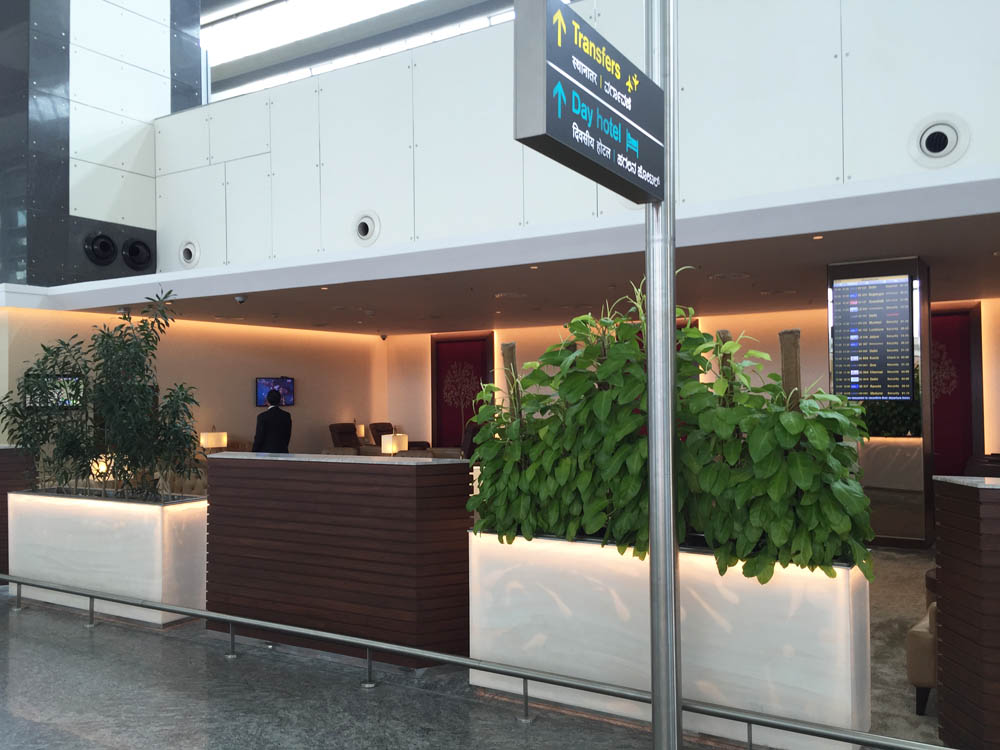 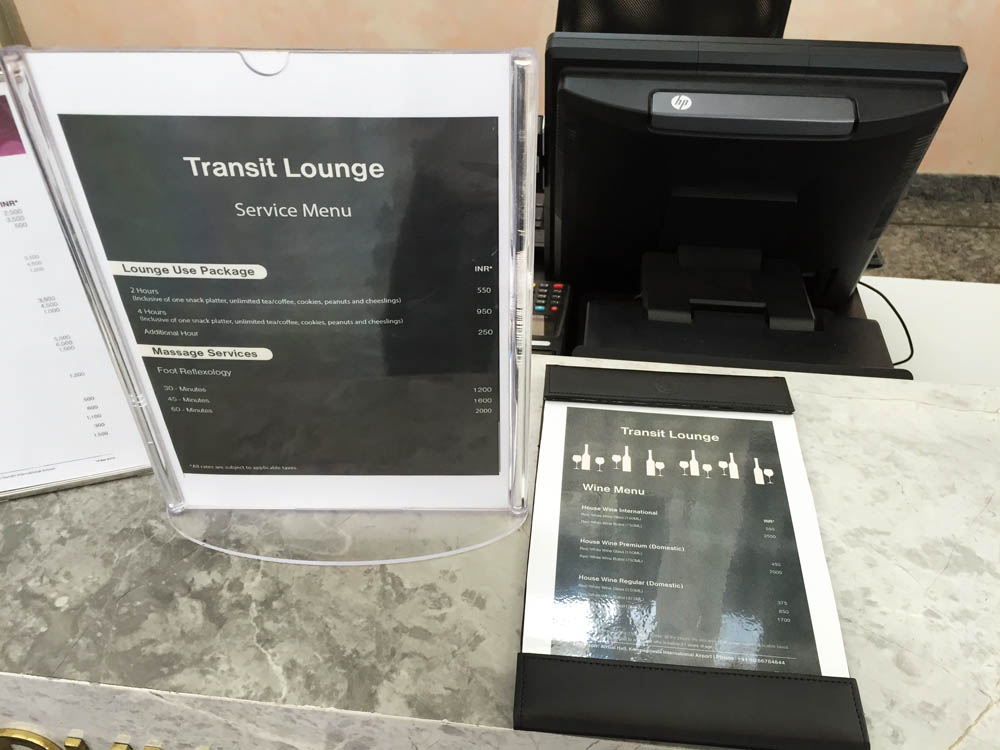 I asked couple of questions to the receptionist but they were clueless and said politely that they’re newly appointed. I can sense that they’re still yet to learn about the other regions of airport 😀 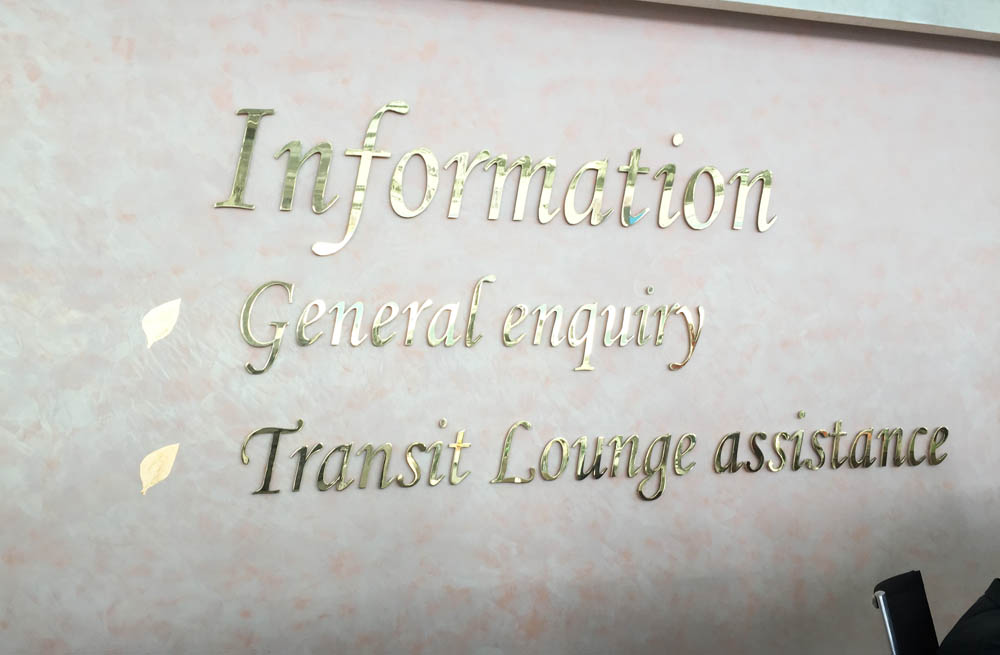 So no card access means less crowd and by the time i was there, lounge was empty and no one was there inside except staffs. Its located in a open space in Arrival area and hence its not sound proof either.

Well, as i’ve complimentary access to two of the domestic departure lounges inside security area – Plaza Premium Lounge and Above Ground Levell Lounge, i had no reason to pay for this lounge. Just took some snaps and headed on to Above Ground Levell lounge which i recently reviewed.

Have you been to GVK Transit Lounge in Bangalore Airport? Share your experiences in comments below.