HDFC Moneyback credit card is one of the most famous credit card ever launched for the beginners. This had the opportunity to earn 1.6% value back on all online spends as direct cash credit to your statement. It’s issued very easily to almost everyone who signs up for the HDFC credit card initially.

Moneyback Card – Story of Past:

It has become so popular with customers in recent times as cashback concept is very attractive and even i’ve redeemed the points for Rs.3,500 as direct cash credit on the statement in the past. That’s a great number just for holding such a beginner level card. 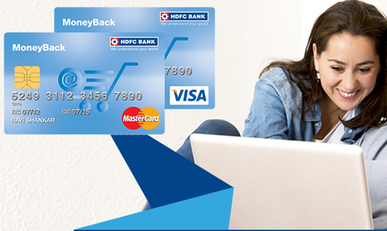 Well, banks are here to make money, so they made the redemption process so hectic that it takes atleast 10-15 days to get the cash credit and that too you have to fill the physical form and send to Chennai address. This gives resistance to people as not everyone wants to take prints, spend money to courier, etc.

Now as card holders are aware about the redemption possibilities, they have sent 1000’s of forms to chennai address which ofcourse is hard to manage and hence they decided to make the redemption process easy by few clicks in net-banking account.

Well, doing this bank will incur in huge loss as everyone can redeem points overnight and hence they decided to devalue the card. I noticed the net banking based redemption option as soon as they rolled out the De-valuation, makes some sense. Here are the changes,

Overall value back on the card dropped from 1.6% to 0.8% which is a huge devaluation. Now the most popular product of  HDFC gets devalued on a huge scale and most of them don’t know about it. Hardly 5% of the card holders are aware of the changes.

Now, you can try to upgrade to a higher range card and make better use of your hard earned points. Doing so, bank will reduce certain % of points as you’re upgrading from a lower end card to a higher end card. Its a kind of trap.

This is how bank generally makes money in millions, clever strategy 😀

If you really have a lot of points, drop an email to HDFC and escalate to higher officials to get some meaningful solution.

What do you think about this devaluation? Share your comments below.