Foreign Currency transactions are getting quite common these days as foreign vacations are increasing like never before. And as there are unique products available under low price in websites like Ali-Express, even a typical consumer started spending on foreign currencies. However, i still see people charging 1000’s of $ on their credit/debit card that has 3.5% foreign transaction fees with poor reward rate.

For those, we’ve listed best credit cards for international transactions which can help you save really a lot of money. Now this article will help in further fine tuning that to next level. Most of the time, the differences in exchange rates are small – not something you’d notice when spending $10 or $20 a time. It basically helps those who spend in high volumes. 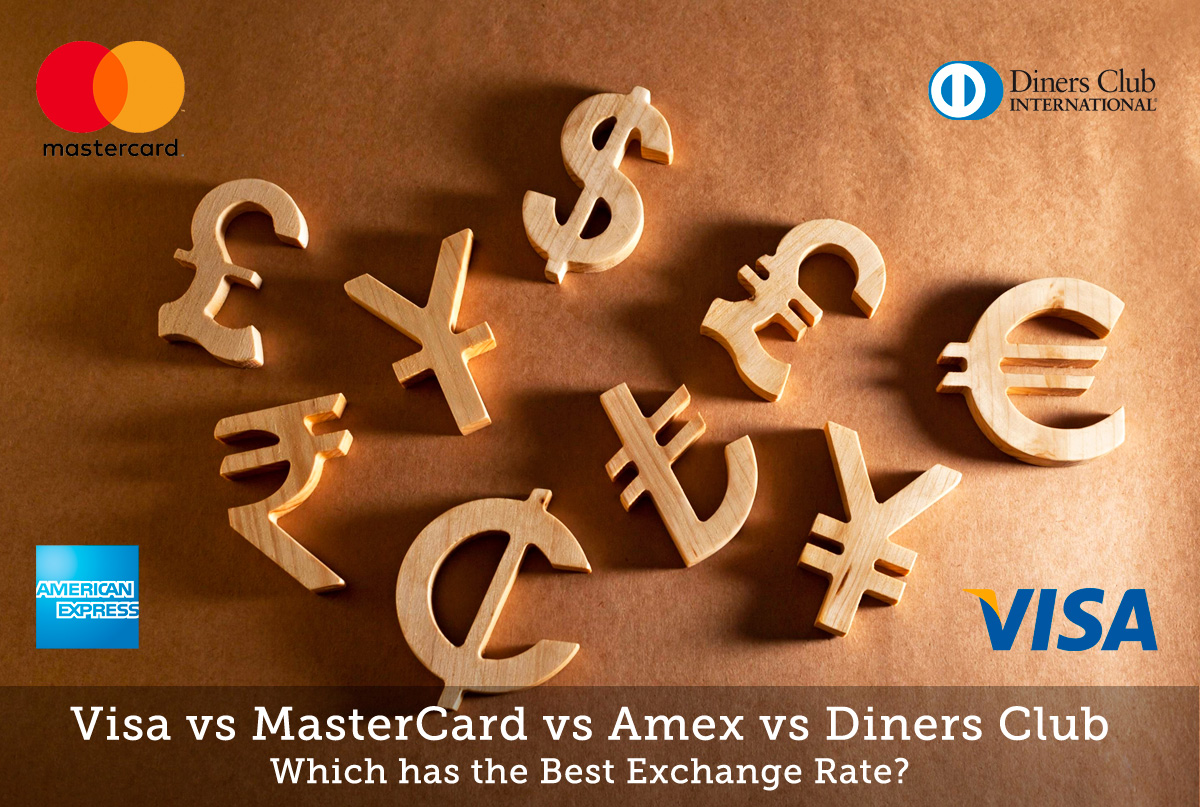 Visa vs MasterCard vs Amex vs Diners – Which has the Best Foreign Currency Exchange Rate?

I’ve done a quick research couple of months back by charging all cards a tiny amount to see the differences of actual charges on multiple card networks and here are the results. We’ll take Xe.com rates as benchmark and see how the results vary.

To makes things simple, i’ve taken out the components like forex makeup fees & taxes on it put by banks. Hence the numbers you see are the conversion rates of the respective card network. Remember, you’ll be charged additional Forex Markup Fee (varies from card to card) and GST on that markup fee. Here you go,

Its important to note that each card network/bank might “settle” the amount at different times which makes it almost impossible to find the “exact” conversion rate this way unless we test extensively over a period of month, but it helps us to understand the numbers to certain extent and it appears that the stats stand similar to what i heard from others.

Which Card Network has the Best Foreign Currency Exchange Rate?

Inferences from the tests:

Currently, foreign transactions are not taken that seriously by credit card companies in India these days but hopefully it gets better soon. We’re seeing some small promos like this and this and this on foreign txns which is a good sign, but most of them needs “few” international POS spends to be eligible to avail the offer.

Basically banks are trying to tap into the wallets of the HNI – foreign travelers rather than those who randomly spend online in foreign currency.

Hopefully banks come up with zero or lower markup fees on Credit Cards as unique value proposition on high end cards to shine in this competitive market. What say?

37 thoughts on “Visa vs MasterCard vs Amex vs Diners Club – Which has the Best Foreign Exchange Rate?”