ICICI bank credit cards are known for its huge promotion activities and its Payback reward system, which actually gives least rewards compared to most HDFC cards. ICICI Bank Platinum Credit Card was one of the first few cards i had in late 2011. I had been using it for close to 3 years and got lots of Payback reward points with which i redeemed and filled my house with lots of Payback products around. 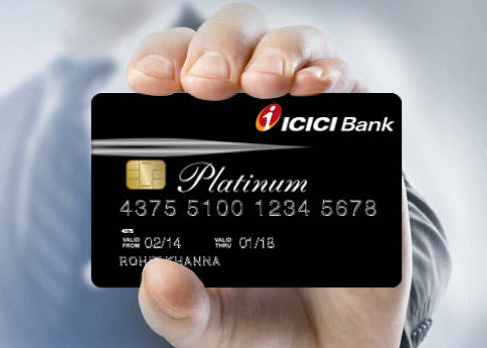 That gives you Reward rate of mere 0.5% (1 Payback point = Rs.0.25). Even the lowest variant of HDFC Moneyback credit card gives you 1.5% (if spent online). While i was busy with business, i never realized that i was using the card that gives the least rewards. I happen to explore the reward system an year or so back and ended up closing the card.

However, i’ve recently signed up for this card as i was offered a very good credit line and lifetime free as my relationship with ICICI is pretty good. It comes handy if i exhaust credit limit on other cards or if there is some emergency for high value transaction. If you know it, even the ICICI coral “debit” card gives you reward rate of 0.75% which is higher than most icici “credit” cards. Bad!

As of now i’m waiting for a right time to upgrade the card to some other variant, probably Jet Airways ICICI Sapphiro Credit Card or ICICI Ferrari Credit Cards shortly.

If you’re starting off with credit cards as a beginner and looking for a card with low or nill annual fees, this is the card for you. I would suggest you to go for this card only if you are unable to get HDFC Moneyback card. That’s far better than this card in every aspect.

However one unique thing that i love with ICICI is that it lifts the limit as soon as you make the payment, in matter of minutes. Also, it allows you to spend over the limit if you pre-pay to the card in advance which is very helpful if you have low credit limit but want to spend above the limit. I’ve been using this feature quite a lot in the past.

Got something to say about this card?