Plaza Premium Lounge Transit Hotel is located after a minute of walk from the arrivals baggage counter. As it’s a “Transit” hotel, you will be given access only if you have next connecting flight from the airport. I was arriving from Mumbai and as i had some 5 hrs layover for my next connecting flight to Chennai, i got ample time to check out this lounge before i board my next flight. 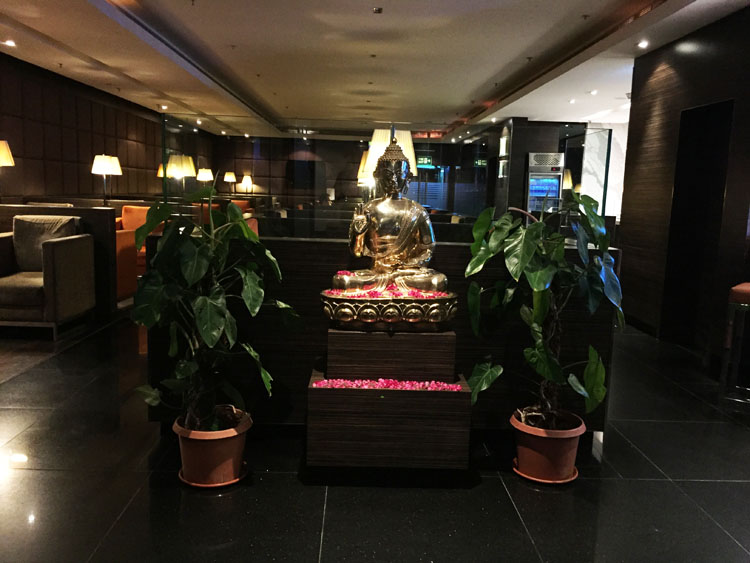 My Experience at Plaza Premium Lounge Transit Hotel at Hyderabad:

They took all our past/upcoming flight details and allowed us in. I got access through Diners card and my friend got access through Priority Pass. The front desk lady was a type of not-so-kind with no smile on her face, i could see some anger in her looks for some reason or other. She might have had a bad time maybe.

After a while we got inside the lounge which was dark themed and the first impression wasn’t enticing except the nice Buddha statue. I don’t see the liveliness in the lounge somehow. First thing i did was to figure out the charging slot. Damn, they had placed in in the end of a table bottom. You have to crawl down inside the table to plugin. Not so nice experience, though one of the staff was happy to do that for me. 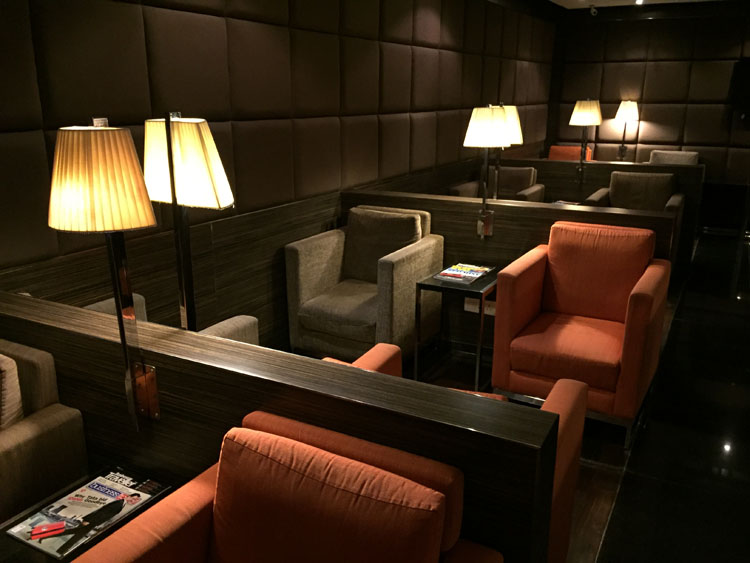 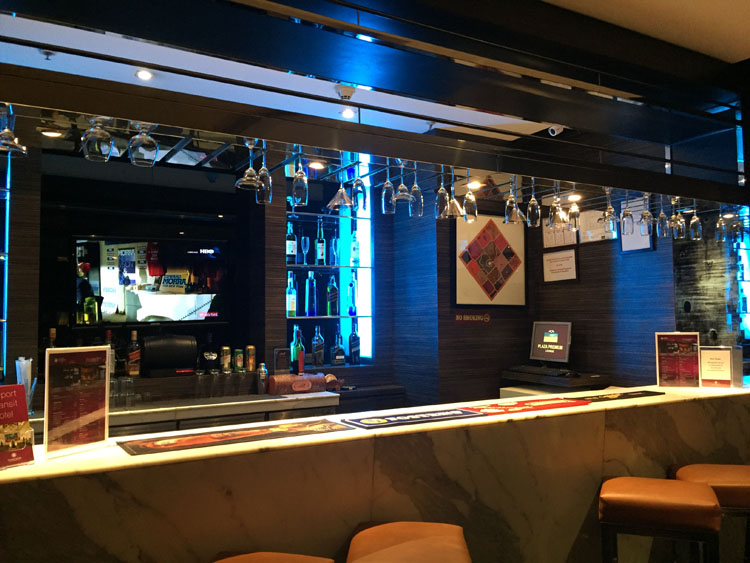 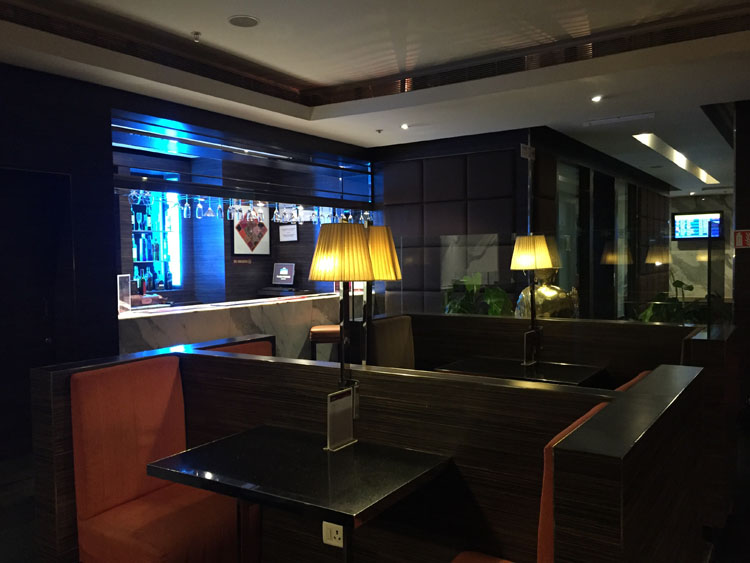 charging slot at bottom of the table

We were given a menu with limited items to choose from, which had Briyani, Sandwich etc. I ordered sandwich which came some 15 mins later and it was not even warm. It had no taste whatsoever hence i had to leave 2 pieces on plate out of four. I wouldn’t order such a dull tasteless Sandwich even it was given for free. Those chips were tasty though! 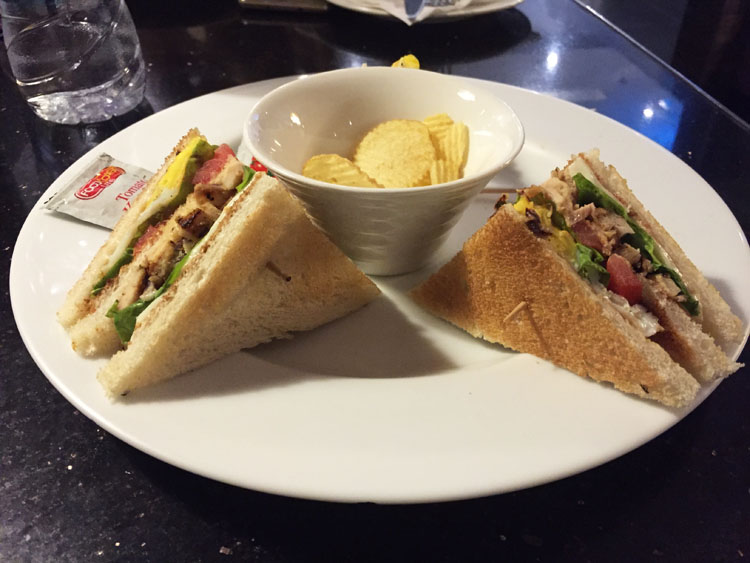 Overall, its below my expectation and did not expect such a low quality lounge from Plaza Premium network. I had been to plaza premium lounge at Bangalore airport which was far better than this. Wish they put some extra lights to give some life to the space and change the location of those charging slots.

Have you been to the Plaza Premium Lounge Transit Hotel at Hyderabad Airport? Share your views in comments below.