Ever since Salem airport reopened, i’ve been flying regularly on SXV-MAA sector almost every month, ofcourse on points. Accessing the new TFS Lounge is the usual thing i do before flight but this time i tried something new. I noticed that the Syona Spa outlet at Chennai airport has been recently added to the Dreamfolks Dragonpass Airport wellness program and decided to give it a try. 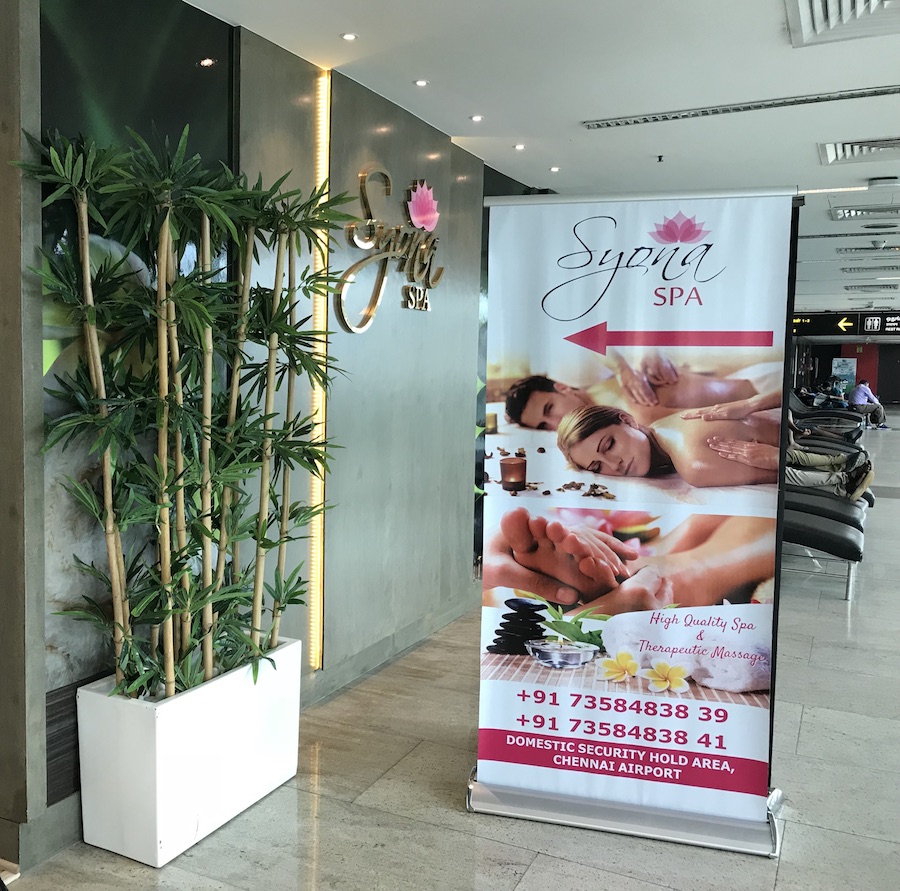 Note that there are two Syona Spa outlets in same departure terminal marked west/east on Dreamfolks website but i was said by the Spa manager that the other one was still under construction.

Looking at the way the lady at billing counter reacted, i believe i was the first to access using Dreamfolks card but she said i’m 3rd or so. Unlike at O2 Spa Bangalore Airport, here they used a swipe machine to authenticate my card. The charge slip shows the pending spa visits left on card.

Its a very small place with narrow entrance, dim lit and the walls were covered with mirrors that gives you a feel that its spacious, but it isn’t in reality. I would say the ambience is overall average and nothing much stands out.

If you go with the complimentary access, Dreamfolks gives you three options (30 mins each).

I went with Head/Face/Neck/Shoulder Massage and it was just okayish. 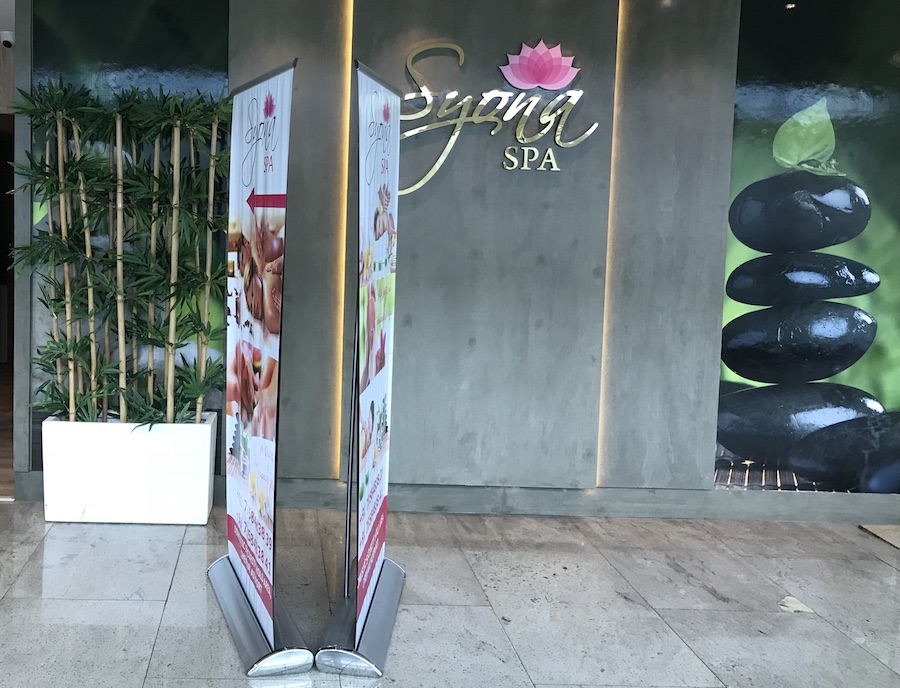 Overall, it’s just an average spa outlet and you can’t expect much of relaxation here, maybe i would have felt so as its a pretty new outlet. That being said, at-least something is better than nothing.

So if you’re a Dreamfolks card holder flying out of MAA, its better to save the visits to use them at other airports or just go ahead and use it just to get a new experience.

Have you been to Syona Spa at Chennai Airport or planning to visit anytime soon? Feel free to share your thoughts in comments below.